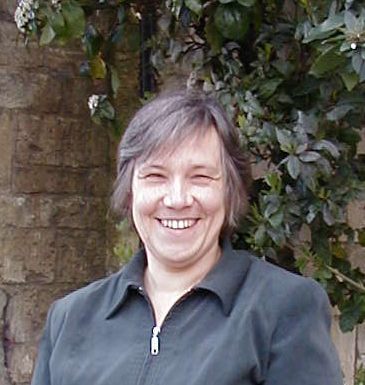 When and why did you begin writing? I’ve always written poetry: I was first published at the age of thirteen and was regarded as one of the bright young things of British poetry, but poetry doesn’t pay the bills and I had to focus on my career. For over twenty years I had a very demanding job working with disadvantaged people and loved it, but about a few years ago it all became too much and I changed my career. I decided I would follow the dream of writing novels. I had always made up stories but up until then they were for my enjoyment only.

What inspires you to write and why? I have two main inspirations – when I am writing. Firstly I am influenced by my former career, during which I met and talked to some amazing women, who had been to hell and back. Those women influence both my heroines, who both are outsiders who have to struggle against prejudice. Secondly I am influenced by knowledge of history – I studied history at university – which is full of fascinating stories and themes. In this book I used the history of how women healers were persecuted and killed (as witches) between the 14th and 17th centuries.

What genre are you most comfortable writing? I have been told I write magic realism. I had never heard about magic realism before – but basically it’s realistic but with something magical or strange in it. My books are set in an unspecified place and time, which some people find disturbing. The book is also women’s fiction – I write about women, all my books have strong heroines. There’s some romance in the book, but it’s not the only thing by any means.

Who or what influenced your writing once you began? A major influence was my dear friend, Hannah Kodicek. She was a story editor in the film industry – her most successful work was on the Oscar-winning film The Counterfeiters. She also lectured on story editing and structure, so it was not surprising that it was to Hannah that I turned when I decided I wanted to write novels. I think she was nervous about critiquing a friend’s work, but she needn’t have worried. I found what she had to say fascinating and inspiring. Hannah died suddenly of cancer nearly two years ago. Before she died she made me promise that I would publish my books.

Did writing this book teach you anything and what was it? Because I write magic realism, I do a lot of research to ensure the world I create is realistic. The central character is a traditional healer and perfume-maker. I knew a little about traditional medicines but absolutely nothing about perfume making. I went to the Bodleian Library at Oxford and found some old manuals about making and selling perfumes. It was fascinating – I found out  about the raw materials and how perfumes are blended. There was a lot of overlap with traditional healing. Did you know that traditional healers used to identify illness by the smell?

Have you developed a specific writing style? A recent review said that my “writing alternates between lyrical and straightforward”, which is I think a fair description of my style. I try to write accessible popular books which get under the skin of the reader.

Have you ever had writer’s block?If so,what do you do about it? Yes. I always get it fifty pages into writing the first draft of each novel. I was very pleased to see on a BBC programme that Ian Rankin has the same block only his starts at page sixty five. I start full of ideas and excited but by page fifty, it’s not exciting any more and I realise any plotting problems I’ve got. My usual answer is to take a break. I might go for a walk, do some gardening or even start cleaning the house ( yes, it really is that bad).

How did you come up with the title? In the realistic world that I have created one of the fantasy elements is Shadows. The central character and the book’s narrator, Judith, has a Shadow called Sarah. Shadows are very like human beings, but they do not have the emotions of humans. Because they are different they are victims of prejudice and persecution. Judith’s love for Sarah is at the heart of why she takes action to help when Shadows are attacked, it is also why she is drawn to a man called Bruno, who too knows what it is to love a Shadow. The Shadow concept came very early on in the writing of the series. Shadows allow me to explore what goes into being human, about prejudice and relationships.

Thanks for hosting my interview. If anyone wants to ask any other questions, please do so. I will pop back later in the week and answer them.

BTW I am giving away a lovely Czech wooden bookmark to three randomly chosen commentators on this blog tour.