1.  Master of the Game by Sidney Sheldon

‘She is the symbol of success, the beautiful woman who parlayed her inheritance into an international conglomerate. Winner of a unique position among the wealthy and world-renowned. And she’s a survivor, indomitable as her father, the man who returned from the edge of death to wrench a fortune in diamonds from the bleak South African earth.” Mr. Sheldon was one of the master “story-tellers” of all times.

2.  The Immortals by Michael Korda

“Jack Kennedy – the American hero. Marilyn Monroe – the love goddess. Their affair has been whispered about for thirty years. Now, at last, the story we have only been able to imagine is brought to vibrant, stunning life – a passionate, tragic romance played out against a background of deadly intrigue, power politics, and Hollywood glamour on a grand scale.” A fantastic historical and fictional read!

3.  Waiting Wives: The Story of Schilling Manor, Home Front to the Vietnam War by Donna Moreau

“In 1964, as the first B-52s took flight in what would become America’s longest combat mission, an old Air Force base on the plains of Kansas became Schilling Manor — the only base ever to be set aside for the wives and children of soldiers assigned to Vietnam.”  An incredible read about strength and love!

5.  This Charming Man by Marian Keyes

“Paddy de Courcy is Ireland’s debonair politician, the “John F. Kennedy Jr. of Dublin.” His charm and charisma have taken hold of the country and the tabloids, not to mention our four heroines: Lola, Grace, Marnie, and Alicia. But though Paddy’s winning smile is fooling Irish minds, the broken hearts he’s left in his past offer a far more truthful look into his character.” One of the most charming and emotional books I have ever read!

“Living paycheck to paycheck in Paris, American book translator Chloe Underwood would give anything for some excitement and passion–even a little danger. So when she’s offered a lucrative weekend gig translating at a business conference in a remote chateau, she jumps at the chance to shake things up.”  Bastien Toussaint from Black Ice is my #1 pick for best hero/anti-hero!

“The first victim is found in a snow-covered Philadelphia field. Detective Vito Ciccotelli enlists the aid of archaeologist Sophie Johannsen to determine exactly what lies beneath the frozen ground.” Suspense at its finest!

8.  The Neighbor by Lisa Gardner
“It was a case guaranteed to spark a media feeding frenzy–a young mother, blond and pretty, disappears without a trace from her South Boston home, leaving behind her four-year-old daughter as the only witness and her handsome, secretive husband as the prime suspect.” A scary thrill-ride!

“When Eve Duncan gave birth to her daughter, she experienced a love she never knew existed. Nothing would stand in the way of giving Bonnie a wonderful life – until the unthinkable happened and the seven-year-old vanished into thin air. Eve found herself in the throes of a nightmare from which there was no escape.”  Must read suspense series!

“Unraveling the madness behind L.A.’s most baffling and brutal homicides is what sleuthing psychologist Alex Delaware does best.” Kellerman’s books are like a bad habit. I’m a addict and I’m not giving them up! 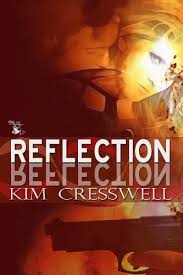