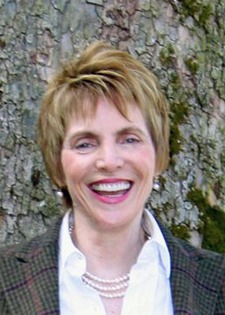 Marti MacGibbon, human trafficking survivor and recovering addict, is an author, humorous inspirational speaker and standup comic who holds four professional certifications in addiction treatment, including the ACRPS, Advanced Certified Relapse Prevention Specialist. Marti is a member of the National Speakers Association and her articles have appeared in numerous trade publications and magazines. She’s been interviewed in Investors Business Daily and Entrepreneur.

Marti was one of the first women to work as a laborer in the Texas oilfield. She set off explosives for an exploration company for a brief period of time and then learned surveying skills, staking oil wells. She moved on to standup comedy and was scheduled for an appearance on The Tonight Show, but Marti became entangled in the California drug scene and plunged into the underworld and serious drug addiction. After being trafficked to Japanese organized crime and escaping, she suffered from post traumatic stress disorder and was homeless for over a year, but ultimately found true love, recovery and forgiveness. Her darkly humorous and dramatic memoir, “Never Give in to Fear,” tells the story, and the narration brings alive a host of quirky characters and bungling criminals.

“Never Give in to Fear” has received critical praise from Foreword Clarion and San Francisco Book Review. The enhanced edition, “Never Give in to Fear: Laughing All the Way Up from Rock Bottom,” received an editorial recommendation from Kirkus Reviews and an award for Best Revised Edition from Books-and-Authors.net.

What is your favorite color? — Red. Except at a stoplight, and then it’s green.

What is your favorite food? – That’s a tough one. I love so many foods! Cookies. Guacamole. Blueberries.

What’s your favorite place in the entire world? — Can I have two faves? Sonoma County, California, in the Russian River Valley. That’s where I met my true love, my husband Chris. And Los Angeles! I love L.A.

How has your upbringing influenced your writing? — My father was an English professor who taught me to love literature. My mom was a voracious reader. They introduced me to the classics and contemporary writers, and took time to discuss books with me. And I grew up in a very funny family, which is one reason why my memoir, Never in to Fear, isn’t a downer. It has a lot of funny moments even though it talks about scary and tragic experiences.

Do you recall how your interest in writing originated? — I’ve been a voracious reader all my life, but didn’t begin writing till later on. When I was a standup comic, I began to write material, and I rose quickly, getting booked on the Tonight Show with Johnny Carson. But I never actually appeared on the show, because my life took a downward turn. Then I got strung out and lived through all the experiences in Never Give in to Fear. After turning my life around, I went back to standup and started writing jokes again and working around the country in comedy clubs and colleges. I moved to L.A. and started working at the Comedy Store, Improv and other clubs, and found a couple of coffeehouses where people told stories, not jokes. I started going to those shows and telling stories from my past. People really liked those stories! They would come up to me after a performance and say things like, “Wow! You have really lived,” or “That was hilarious,” and one night a professional writer suggested I put the stories into a book. I enrolled in college as an English major. And during my first semester I did a one-woman show, an eight or ten-week run, in a little theater in L.A., and the L.A. Weekly gave me a rave review. My creative writing professor began encouraging me to write my autobiography. This professor, Dr. Bill Wallis, is a Pulitzer-nominated poet, so I began to take it seriously. But I still didn’t think I could do it. Dr. Wallis suggested I focus on one bit at a time, and then to assemble all the pieces. As I adopted that attitude, it began to seem possible, but I still held back.

What genre are you most comfortable writing? – Right now, it’s non-fiction. I’m working on my second memoir, which chronicles another period in my life.

What inspired you to write your first book? – I’ve always loved reading about other people’s experiences in life, especially those who have overcome adversity, inner conflict, or other challenges. I like comeback stories – they motivate me. I write candidly and with a sense of humor about my past and the terrible price of my addiction, but not in a feel-sorry-for-me way, so it could be a kind of funny cautionary tale.

Who or what influenced your writing once you began? — My top goal was to not be boring. I included lots of the stories that I’d told in front of audiences, the real crowd-pleasers that were theater-tested. And I studied films and learned how a story unfolds. I also went to a really good screenwriting conference in L.A. and learned some important things, such as the arc of a story or scene, the development of characters, and the power of true stories. This knowledge helped me to make Never Give in to Fear a gripping read.

Who or what influenced your writing over the years? – My professor, Dr. Wallis, by encouraging me. And reading good books helps a writer. I’m kind of a geek in that I’ve read a lot of classics – I’ve read the Iliad several times. I’ve studied mythology. From time to time I read Anna Karenina or Brothers Karamazov. I love sci-fi and fantasy, too. I read George R. R. Martin’s entire Game of Thrones series in a month or two. Ray Bradbury’s Fahrenheit 451 rocks.

What made you want to be a writer? – It all started with English 101, in 2002, when I did that first narrative essay. I was scared to try it, and I called my father and talked with him about the assignment. We were supposed to write about love in any of its forms. My dad advised me to write as though I were writing a letter to a really good friend. And that’s what I did. That first project earned me an A+ and taught me that I could string words together and communicate with other human beings in print.