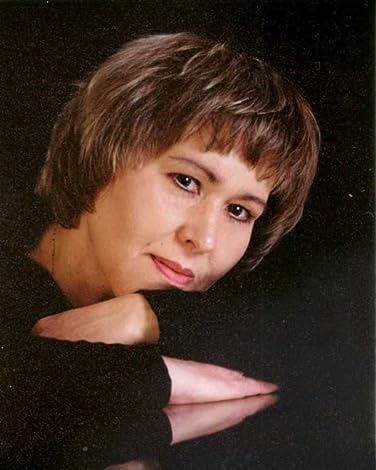 What is your least favorite quality about yourself? My tenacity. This late in life, I ought to know the meaning of the word “quit.”

What are you most proud of accomplishing so far in your life? I would have to say earning my doctorate from one of the toughest graduate schools in the world. There were so many obstacles thrown in my path by the people in my life that it was a miracle that I got into the program at all. Then, I was even more surprised to find out that I had the intellectual talent to graduate with honors. I guess you never know what you can do until you try.

What is your favorite color? That depends on the day, the season, and my mood. I’m partial to fire engine red, electric blue, and fuschia (though not at the same time).

What is your favorite food? Any ethnic cuisine. Indian and Middle Eastern in particular. I’m a vegan.

What’s your favorite place in the entire world? Any place near a large body of moving water.

How has your upbringing influenced your writing? Thankfully, it hasn’t.

What genre are you most comfortable writing? History because I love the romance of the past. Mystery because I can’t resist a good whodunit.

What inspired you to write your first book? Guilt that I hadn’t gotten it done sooner in my life.

Who or what influenced your writing once you began? I consciously avoided outside influences because I didn’t want to end up sounding like somebody else. I will say that I was quite impressed with Caleb Carr’s The Alienist when it first came out. That was around the time I wrote my first historical mystery. Similarly, I loved the divine feminine aspect of the The Da Vinci Code which may have influenced my archaeology thriller series.

What made you want to be a writer? I didn’t want to be a writer per se. If there’s an idea which I feel an overwhelming need to communicate, I’ll write. For example, my current series is all about the lost women’s history of the world. Things that have been forgotten for millennia are emerging in the archaeological record right now. To me, that’s an intriguing subject which people might want to know about.

What do you consider the most challenging about writing a novel, or about writing in general? The biggest challenge has to do with the specific type of books I write. I use a fictional plot and characters to disclose loads of suppressed historical facts which aren’t generally known. Trying to assimilate the data and then convert it into something that’s entertaining and fits my fictional world can be quite a task.