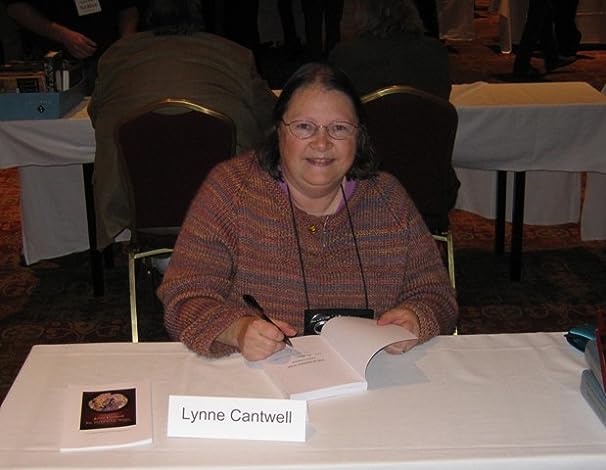 Tell us a bit about your family. I’m the youngest of two children. My parents have both died – Dad in 1984 and Mom just a few years ago. They were both 42 when I was born, which was quite old for parents in the ‘50s. I’m divorced with two daughters, both in their 20s, one of whom is a prolific fanfiction writer.

What is your favorite quality about yourself? The older I get, the more confident I feel about my opinions, and about voicing them. I’m no longer as scared of offending someone when I speak my mind. I think that probably shows in my writing, too.

What is your least favorite quality about yourself? Probably my preference for all the foods that are bad for me!

What are you most proud of accomplishing so far in your life? I’m most proud of getting my books into print, and even selling some of them to people I’ve never met.

What is your favorite color? Turquoise in all its variants, running from the lightest to a teal blue.  Purple runs a close second.

What is your favorite food? Chocolate is the easy answer, but lately I’m leaning toward pizza.

What’s your favorite place in the entire world? Colorado, particularly Denver and the Rockies.

How has your upbringing influenced your writing? I think it encouraged me to stick it on the back burner for too many years. When I was younger, I wanted to be a musician, and my mother encouraged me to develop another career that would give me “something to fall back on.” That’s practical Mom advice, but it carries a subliminal message that creativity doesn’t pay – a message that I internalized to the point that I spent many, many years concentrating on making enough to live on and neglecting my creative side.

Do you recall how your interest in writing originated? Sure. The kid who sat in front of me in second grade brought in a “book” he’d written and illustrated. I thought to myself, “I could do that.” So I did.

How long have you been writing? I wrote all throughout grade school, high school and college. I stopped writing fiction when my daughters were young and while I got my journalism career off the ground. I picked it up again when I went to grad school, and then put it away for several years after the divorce. I started writing seriously again in 2008.

When did you first know you could be a writer? When I was still in grade school, my mom got me an appointment with a guy who turned out to be a representative of a vanity publisher. He didn’t accept any of my work for publication (a blessing, in hindsight), but he told me to keep writing.

What genre are you most comfortable writing? I feel most at home when writing fantasy, probably because that’s what I tend to read for fun. I tried writing straight contemporary fiction when I was in grad school but the stories all seemed blah to me – no magic!

What inspired you to write your first book? My very first book was a piece of juvenilia inspired by the Nancy Drew mysteries. Trust me, you don’t want to read it.

What made you want to be a writer? You know how sometimes when you’re reading a terrific book, you get all caught up in it, feeling everything the characters feel? And then you look up and realize how much time has passed? Writers are the people who get you to that place. We get to feel that intensity for the first time, while we’re creating the story. Who wouldn’t want to do that for a living?

What do you consider the most challenging about writing a novel, or about writing in general? Finding the time. And as a corollary, explaining to friends and family that you’re unavailable because you’re writing.

Did writing this book teach you anything and what was it? For Tapped, I did a lot of research on the Lakota and on the Pine Ridge Indian Reservation. I also had to piece together what a Wolf Dreamer was, and his significance to the tribe.

Do you intend to make writing a career? Yes, the gods willing!

Have you developed a specific writing style? All those years in radio news have made me a very lean writer. I shy away from adjectives and adverbs, and my sentences are rarely complex. The Pipe Woman Chronicles seem to lend themselves to this “just the facts, ma’am” style; the first book in the series, Seized, practically wrote itself.

Have you ever had writer’s block? If so, what do you do about it? All those years as a journalist have beaten writer’s block out of me. Give me a deadline and I’ll write you what you need.

How did you come up with the title? Seized was pretty easy. It suggests both the way White Buffalo Calf Pipe Woman chose the main character, Naomi, and also the way Naomi’s life has been altered by the goddess’s intervention. I wanted the rest of the Pipe Woman Chronicles’ titles to be similar, and so I’ve had to spend varying amounts of time with the thesaurus. Tapped gave me quite a bit of trouble, but in the end I settled on it because of its double meaning in relation to the plot: Naomi goes to the taproot of one-half of her heritage, and the villain taps into a major aquifer to wreak his havoc.

Can you tell us about your main character? Naomi Witherspoon grew up working-class poor in Indiana, the only child of a single mother. Naomi went to law school in Denver, and stayed in Colorado afterward. When the series opens, she’s working as a mediator at a major regional law firm and newly engaged to a fellow attorney. Then White Buffalo Calf Pipe Woman contacts her, telling her that She wants Naomi to mediate peace in heaven between Jehovah and the pagan pantheons. After that, her whole life turns upside down. Among the things she discovers is that her father, whom she’s never met, is a Lakota Indian. In Tapped, she and her best friend Shannon go to the reservation to try to find him. Needless to say, Naomi learns as much about herself on this trip as she does about dear old dad.

Who designed the cover? I did. I found the fractal owl that became the artwork for Seizedon a stock photography site, along with a fractal wolf that I doctored somewhat for the cover of Tapped, and a photo that will be the cover of book 5. I found a utility for GIMP that did the same sort of thing to regular photos, which is how I created the artwork for the covers ofFissured and book 4. This from a woman who got a C in eighth grade art class.

Will you write others in this same genre? An excellent question. The first draft of book 4 is done and I intend to write book 5 this spring, with both of them out by June first, the gods willing. I’m deliberately not thinking about what I’ll tackle after that. But I’ve enjoyed writing this series so far, so yes, I’ll probably write more urban fantasy.

How much of the book is realistic? Hmm. Define “realistic.” The locations are certainly real, and I like to think the characters’ feelings and relationships with one another ring true.  As to whether the gods are real….

Have you included a lot of your life experiences, even friends, in the plot? I think it’s fairer to say that my life experiences have informed the plot.  I know a little bit about a lot of the things that happen in the Pipe Woman Chronicles.  But I haven’t modeled any of the characters after anybody I know, if that’s what you’re asking.

Have you started another book yet? Yup! The first draft of book four, Gravid, is done, and I intend to begin editing it this month.

Where do you see yourself in five years? I like to say that I’m on the seven-year plan. I’ll be 62 and eligible for early retirement in 2019 (go ahead and do the math, I don’t care). I plan to stay in my current job until then, or until my writing income matches the income from my day job, whichever comes first.

What contributes to making a writer successful? Being realistic about your chances for making a living at it – and sticking with it anyway. And too, being attentive to your own definition of success. If you define success as making buckets of money the easy way, by sitting on your butt all day and making stuff up, you’re going to be disappointed.

Do you have any specific last thoughts that you want to say to your readers? Thanks for coming along for the ride! I hope you’ll enjoy the rest of the trip.

When you wish to end your career, stop writing, and look back on your life, what thoughts would you like to have? I’d like to think that I’ll be satisfied with what I’ve accomplished, that I’ve been true to my beliefs with my work – and yet unsatisfied that I couldn’t have written just one more book.