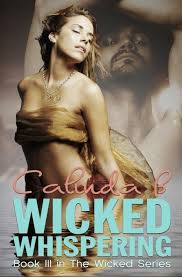 Kai Williams thinks he’s a mutant. He’s got crazy-strange eyes that are a mash up of colors from green to blue to gold; crazy-strange red, brown and blonde hair and this Twilight Zone ability to know way more than he cares to know when he gazes into someone’s eyes. Not only that but all these voices whisper inside his head, rattling around like ball bearings in a metal pie pan, making him feel full-on schizo.

When he’s in the natural world, he can sense an animal’s electro-magnetic “vibrate, hum and buzz” soul essence long before he ever sees it. When he’s in or on the sea, he goes ga-ga over Thunder Pumpers – those great beasts we call whales – and not just the kind of “Oh, I’m in love with whales” nuts that tourists on the Whale Watch Boat experience. He gets loony-bin psycho when he’s around them.

His solution to this madness? Stop looking. Don’t feel. Keep to yourself. He stays contained, keeping his secrets locked inside, exploring the underwater world as a scuba diver. That’s the only time he’s at peace – at least when whales are nowhere to be found.

But when he meets Cassandra, his world starts to fracture. Fissures form in his heart and mind. His body starts to sizzle and fizz like overloaded household copper wiring with the circuit breaker reset nowhere to be found. A mighty war ensues between his desire to connect and his unwillingness to face his destiny. If he thought he was strange before, he becomes convinced that he’s a real nut-case, certain to be destined for the lock-down lunatic ward. Unable to stop all the changes that occur, he reaches out to a friend for assistance. Only thing is, this friend has a star dreamling inside his chest and a girlfriend who waltzes through the galaxy. That’s when the real fantasy-funfest begins.