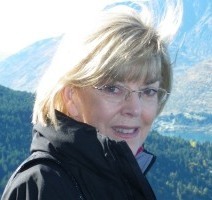 What is your favorite color? Blue

What is your favorite quote, by whom, and why? My favorite quote is by Bil Keane.‘Yesterday is history, tomorrow is a mystery, today is a gift of God, which is why we call it the present’. I love this quote because it reminds me to live in the present moment.

What’s your favorite place in the entire world? What a lovely question. I could talk all day about this.  Actually I have quite a few favorite places. I loved Paris when I was there, and didn’t want to leave. The same can be said for London, Edinburgh, Vancouver and Virginia. But most of all, I love York in the UK because it abounds with history.

York is a walled city founded by the Romans in 71AD. I spent a day meandering along its wall and met the most wonderful people on my way. I also visited York Minster, the second largest Gothic cathedral in Northern Europe. The Shambles, a historic street where some buildings date back to the 14th century, and met a gaggle of geese in a parking lot on their way to the River Ouse. I found Dick Turpin’s grave in a little forgotten graveyard. Dick was a highwayman in the mid-18th century and came to a bad end! The end of a rope, no less. Of course, there’s so much more to see and do in York. The list goes on. If I lived there I wouldn’t have time to write!

What genre are you most comfortable writing? I love to read a good mystery so, I suppose, that’s why I chose to write this genre.  I didn’t start out to write a series, but by the time The Celtic Dagger was published, I’d become so attached to Detective Chief Inspector Fitzjohn, I missed him, so I wrote a second book called Murder At The Rocks.

Have you ever had writer’s block? If so, what do you do about it? Writing a novel is a commitment of one, perhaps two years of ones time and energy so no wonder that, from time to time, one feels unable to write. We can make a lot of excuses for writer’s block so I believe it’s important to give some thought as to what is causing it. Is it because I’m facing a particularly difficult scene and I’m not sure how to proceed? Or perhaps the next scene isn’t too exciting and I just can’t get my teeth into it. Whatever the reason I come up with, there are a number of things I can do about it.

Ignore it: I have a daily writing schedule so I can choose to ignore the block and carry on. It doesn’t have to be writing. I can do some editing or research instead, or go over my character lists.

Concentrate on one of my other projects. Or start a new one: If I have some other projects that I’m working on, I can put some effort into one of those instead.

Skip the problem that I have identified as causing my writer’s block: If I’ve identified that it’s a particular scene that’s the problem, I work on another part of my book.

Try writing in a different location: I like coffee shops or the back garden (in summer time!)

If all else fails, I go for a walk or go shopping. The change of scene might inspire me.

Can you share a little of your current work with us? At the moment I’m doing the final edits on my third book in the Fitzjohn Mystery Series, Once Upon A Lie.  I also write a weekly post for my blog, The Perfect Plot http://www.theperfectplot.blogspot.com

How did you come up with your book titles? I like to have a title for a book before I start writing.  I called my first book The Celtic Dagger because the dagger, a museum artifact, is central to the story.  In the case of Murder At The Rock, the victim was killed at the historic Rocks area in Sydney. Once Upon A Lie just popped into my thoughts while working on the book.  Probably because there seemed to be so many people telling lies.  The reasons I’ve chosen The Blind Astronomer for the title of my next book is because my main character will be blind.  And The Fourth String?  That is because the fourth string of a cello is the murder weapon!

Part of the old guard of detectives, Fitzjohn’s methodical, painstaking methods are, no doubt, viewed by some as archaic.  Nevertheless, over the years, they had brought him success as well as the respect of all but one of his colleagues.  Superintendent Grieg, the man Fitzjohn regards as his nemesis.

How do you develop your plots and characters? I believe that all our interactions with people and our experiences in life go into creating characters when we write. At least I think it’s true in my case. I say this because as I’m writing away introducing a new character, he or she appears to evolve without me thinking too much about it. Of course, once I know what sort of personality I’m dealing with, I can then embellish it.

When Laurence Harford, a character in Murder At The Rocks first appeared on the page, I only had his name and occupation, but I didn’t know anything else about him until I started to weave him into the story. He turned out to be quite a disagreeable person. I wouldn’t want to meet him on a dark night.

Of course, when you write a series as I’m doing then you do have a few well established characters. Detective Chief Inspector Fitzjohn falls into this category. I’ve known Fitzjohn for about 8 years now. It’s quite peculiar because he seems real to me. I feel like I could call over to visit him in his sandstone cottage in Birchgrove, and find him in the greenhouse tending his orchids. It’s also fun watching his life evolve. And there again, I don’t plan it. It just happens when I’m writing.

Who designs your book covers? I’m fortunate to have a wonderful person as my cover designer.  Renee Barratt at http://www.thecovercounts.com

How do you promote your books? I’m not too organised at doing this because it can be time consuming so it’s rather hit and miss.  But here are a few things that I have done to promote my books.  I’m a member of Goodreads, so I have done giveaways on that site.  I have one of my books on KDP Select and do the occasional giveaway there.  I have my books featured on my blog.  I participate in programs such as Orangeberry Book Tours.  I do author interviews from time to time, and I’m also on Twitter and Facebook.

Will you write others in this same genre? I have plans to write two more books in the Fitzjohn Mystery Series.  The titles are, The Blind Astronomer and The Fourth String.

Both books are set in Sydney, Australia.  The Blind Astronomer is set at the Sydney Observatory, and The Fourth String, at the Opera House.

How important do you think villains are in a story? The villain, otherwise known as the antagonist, is the cornerstone to your story.  Without a villain there would be no conflict.  Without conflict there is no one for your hero (protagonist) to fight again – and win!

Do you have to travel much concerning your book(s)? Fitzjohn Mystery Series is predominantly set in Sydney.  Consequently, I do spend quite a bit of time there at my various settings.

Who is your favorite author and why? I have a few favorite authors. Agatha Christie, Robert Goddard, Kate Morton, JoJo Moyes, Posie Graeme-Evans, to name a few. I also like to read historical, spooky books by Barbara Erskine. I loved reading Diana Gabaldon’sCrosstitch. My daughter recently introduced me to Douglas Kennedy’s books, and I’ve enjoyed them all. I’ve also read quite a few historical books by Phillipa Gregory, Sharon Penman and Ken Follett. At the moment, I’m reading The Kashmir Shawl by Rosie Thomas

Have you started another book yet? Yes. I’m doing some preliminary research concerning The Blind Astronomer at the moment.  This entails spending time in Sydney at the Observatory and checking out other settings including the University of New South Wales.

What are some of the best tools available today for writers, especially those just starting out? There are so many wonderful things today that help writers, isn’t there?  In particular, I think the web is fantastic when doing research.  If it wasn’t for the web, I’d have to spend a lot of time at the library and may not find what I’m looking for.

And then there’s social media.  It enables writers to develop an author platform on which they can promote themselves and their work.  Gone are the days when writers were isolated beings.  It’s so easy to communicate globally with other writers and our readers through blogging, Twitter, Facebook, Goodreads etc.

Do you have any advice for writers starting out? Write every day.  It doesn’t matter what you write, be it a blog post, journal entry, an outline for your book, but do something everyday.