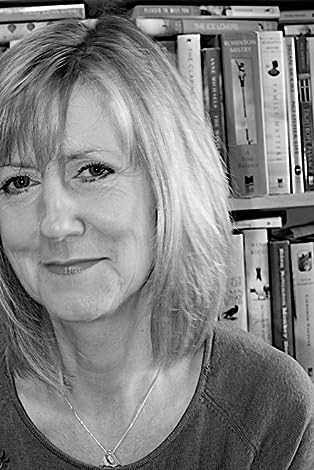 What are you most proud of accomplishing so far in your life? Turning people onto or back onto reading. I taught creative writing for years and had a book review a part of every course outline. Often people thanked me at the end of the course for renewing their passion for reading. Yesterday I received an email from a reader who had just finished The Fishers of Paradise. Since a car accident last winter that almost claimed her life, she has been unable to sit long enough to concentrate to read.Fishers was the first book she’d read since the accident, and she was so moved by it she now has a list of others.

How has your upbringing influenced your writing? I tend to write about marginalized people, people who are somehow displaced, or about to be displaced, probably because once you emigrate to another country, even from one English-speaking country to another, as I did, you are forever stuck between the two places and never fully reconciled to one. You are displaced. A sense of belonging (or not) is a common theme in my work.

When and why did you begin writing? I wrote my first story when I was 11. There were a lot of gypsies living near us. They had ponies that to my child’s eye weren’t treated well. I wrote “Three Steps to Victory” about a girl who rescues a pony from gypsies, nurses it back to health and then wins a ribbon in a jumping competition at a local gymkhana. I read the nursing of the sick horse section to my brother and looked up to find him crying.

What inspires you to write and why? Reading. I’m moved by other books and the places they take me to.

What inspired you to write your first book? The inspiration for my first published novel, Tent of Blue, came from a situation where we living in an apartment in a converted house and in the apartment across the tiny hall lived a daughter and her mother, who was in a wheelchair. Emotionally, they were both trapped, the old lady was physically trapped too, as the house had no ramp. I listened to the woman scream at her mother day and night and tried to devise a plan to rescue her. In the end I could only do it in fiction. I made her a grumpy former WWI pilot and her rescuer a young naive boy with a clubfoot.

Who or what influenced your writing over the years? Reading. Always reading. Other writers and other books, well-written, moving and gripping books are my key influences.

What do you consider the most challenging about writing a novel, or about writing in general? The plot. Definitely the plot. I wrote my first novel knowing where I was going but with no idea how to get there. However, I wrote The Wind Seller and The Fishers of Paradise without any outline and found I had to undo a lot of plotting and throw away a considerable numbers of chapters in order to get the story to line up. Pulling elements from real life and transposing them straight to the page doesn’t always work, either. What is believable in real life isn’t necessarily believable in fiction. It has to work on the page.

Do you intend to make writing a career? It’s the only career I’ve ever wanted.

Have you developed a specific writing style? My dad used to say that he could easily pick my writing from a pile of papers. I never felt conscious of developing a style, but I do write my sentences based on euphony. I choose their length and rhythm based on how they sound to me, and to achieve this I read all my work aloud.

What is your greatest strength as a writer? I’ve been told it’s my ability to convey drama in description.

Have you ever had writer’s block? If so, what do you do about it? Writer’s block is debilitating.  I employ many tricks. I write around the subject, write a letter from one of the characters to another character, rewrite a scene from a different point of view. Give myself permission to write garbage. Free write. Read a good book. Read a novel on a similar subject or set in the same era. Set small achievable goals–a paragraph a day, say. Big word counts can be overwhelming and I set myself up for constant failure when I can’t achieve them. I tell myself that it will pass.

Who designed the cover? Mark Timmings, an award-winning designer of art books and catalogues for art galleries and museums. He happens to live on the small island where I live (population 325), and graciously agreed to work on the cover for me.

Why did you choose to write this particular book? I was walking around the recently completed waterfront trail in Hamilton when I came upon an information plaque that featured a photograph of a group of carefree young boys standing on the decks of a straggle of boathouses in Cootes Paradise, ready to jump in the water. It seemed an idyllic childhood. When I learned that the city tried to drive the community out in the middle of the Great Depression I felt compelled to write about the area and the people whose lives were disrupted.

What was the hardest part about writing this book? Trying to let go of the facts and let the fictional characters and their lives shape the story. I felt strangled at several stages by the timeline of real events and trying to tie it to the lives of my fictional characters. Also I was too hung up on the facts behind certain events and the real reasons behind such as the city’s expropriations.

Will you write others in this same genre? Yes. That is I’ll set other books in the same time period. I keep thinking I’ll write a book set in present day, but then another idea presents itself and invariably it takes place sometime in the first half of the twentieth century. I’m drawn to the era, to the wars, the depression, the change, the struggle, the loss, the upheaval in people’s lives. But I would like to reach beyond the family drama this next time and write on a larger canvas.

How much of the book is realistic? The boathouse colony was real. Probably sometime around WWI the community sprang up on the shores of Cootes Paradise at the head of Lake Ontario, and families lived there until the late 1930s when the city managed to throw all but a few stalwarts from the property. I conflated two real fires in the community, one in which two children died, into one fictional fire. A fireman did live in the community. I changed his name. Thomas B. McQuesten, or Mr. McQuestion as he was known to the area locals, was a civic-minded politician who was obsessed with making Hamilton a part of the City Beautiful Movement. The King of the rum-runners body was dragged from the lake. The Model and Normal Schools, Dundurn Castle and Leo the Lion, the market and McNab Prebyterian church are, or were,  all real. The last of the boathouses was torn down in the mid 1940s.

Have you included a lot of your life experiences, even friends, in the plot? I wrote closer to the bone in Fishers than I have in my other books. The experiences are transmuted, but they are based on circumstances and events in my life. My father was a gambler; he left suddenly when I was a kid. In dire straits we had to live with my grandparents.

How important do you think villains are in a story? Villains are good as foils for the protagonists to show off their better qualities. And villains often make for more interesting reading. There is nothing more boring that a story where everyone is good and decent. That said, there is a real danger in making villains two-dimensional and predictable. The challenge is to make the reader care about them too.

Are you reading any interesting books at the moment? A fascinating novel by Robert Hough called The Final Confession of Mable Stark, a fictional biography of a diminutive female tiger trainer from Kentucky, who was a centre-ring attraction for the Ringling Brothers Barnum and Bailey Circus in the 1910s and 1920s.

What contributes to making a writer successful? The ability to tell a good story and tell it well; the sensibility to choose the right story to tell. And luck. Buckets and buckets of luck.