#OBBigBang Orangeberry Big Bang - A Wicked Beginning by Calinda B 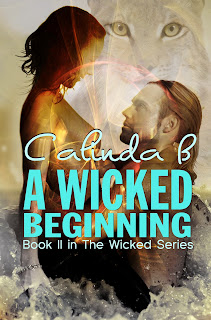 So, while he’s tracking his “Wish She was Still My Girlfriend Ex” like a prowling alley cat, what the heck kind of creature is tracking him? He’d really like to know. Was it the same creature that made the radio-active, green-glowing gash down his thigh and leers at him from secret places? His best bud Mano says it’s a star dreamling. Now that’s weird!

And what about these freakish, red-eyed bat swirling nightmares he keeps having? Until recently, his dreams were always considered the kind of stuff you pitched when you took out the trash. Did the psycho-bitch he dated a while back forget to take her meds? She’s stalking him with Zombie like intensity in his dreams and scaring the Bejeezus out of him. And quite frankly, as a result of all these crazy encounters with phenomena he doesn’t believe in, he’s starting to become un-hinged.

When Cam decides to face this supernatural freak-fest, the Tilt-a-Whirl reality begins. His life takes on the white-knuckle intensity that only an adrenaline junkie can appreciate. And while his heart may say he’s on the right path, his mind keeps telling him to stop believing in the paranormal…because it just doesn’t exist. Right….