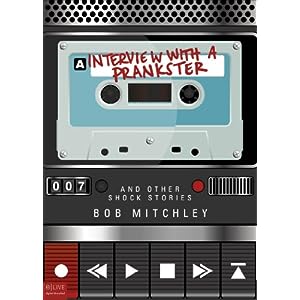 Martha: “Most of Zeke’s character flaws stem from his father’s side, how, when he was only two years old, his dad would lock him out of the house during the day, putting him in the fenced-in area of the backyard. Zeke had to scrounge for food in the garbage can and go to the bathroom in the garage. Poor kid. I wanted to help. So after the accident happened with his dad, I assumed mothership control over little Zeke.

“What a boy! All boy! I remember this one escapade. Zeke happened on a crippled bird, nursed it back to health, and then took it out of its cage, tying a fishing line around its one leg and setting it free. On the other end was Zeke holding a fishing rod and reel. The bird flew, but wasn’t totally free. He let the bird fly out a ways and then reeled it back. Back and forth this went for a while, until the bird got so tired it couldn’t fly anymore. Finally, he let the bird rest a short time and then once more let it fly, right up into a high tree limb, where it became entangled. Zeke pulled on the line ’til it snapped, leaving the bird there to die. Bird on a line was what he called it. Poor little thing flapped itself silly trying to get free.

a Rafflecopter giveaway
at 18:00

Email ThisBlogThis!Share to TwitterShare to FacebookShare to Pinterest
Labels: I