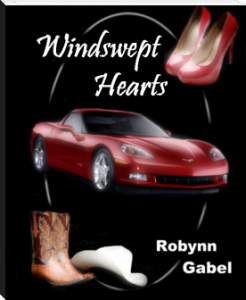 During the time I was working with my editor on my book, Windswept Hearts, she suggested that I put up a page of it on the site called Page 99. This is where you can get feedback from other authors on whether or not this one page can catch their interest enough that they would want to read more. I found the concept interesting. I had put out a sampling of the book on BookRix, and the feedback was positive. But I wanted down-to-earth, no holds barred, feedback to prepare me for the possible negative review I might face in the real world of publishing.

During the edit, an extra chapter was added. When asked to supply another page 99 for the Orangeberry Summer Splash Blog Tour, I found the page now fell in a totally different part of the book. I was amazed, as the first time had hit the point where Steve recognized his love for Anna during a harrowing ride down from the mountain where she had encountered a mountain lion. This new Page 99 came at a very interesting point in the story.

I had set out, as a first time author, to write on what I knew well. Having lived in the western states most of my life, I wrote about the everyday life challenges faced by young people  in Wyoming. In this story, Anna has lost her father as a young child, and her mother and grandfather during the last year of college.  This leaves her an inheritance of a cattle ranch. But Anna is a city girl at heart, and she wants nothing to do with running a ranch.

During the time she has to decide what to do with it, she hires help to do repairs and run the herd of Angus that has come with the ranch.  The reader is immersed in the day to day life of the challenges of country living while Anna struggles with making decisions.

Steve is a recovering alcoholic who is floundering, trying to figure out what he wants to do with his life. He is hired by Anna, and immediately they are thrown together into one situation after another. He quickly decides he’s in love with her. Anna, on the other hand, has trust issues with relationships, and wants only to get back to Ft. Collins, Colorado, and the job and friends she has waiting there.

Page 99 takes us to a 4th of July gathering with Steve’s parents. Anna is recovering from her injury received from the mountain lion encounter as well as an unpleasant visit from a past admirer. She is aware of Steve’s growing infatuation, but is holding him at bay. While enjoying the view from the porch, she overhears a conversation between Steve and his mother and she realizes that in his mother’s eyes, she is an unwelcome intrusion.

In this scene, you get a glimpse of how faith-based values shape this family and their relationships. Anna is actually insulted at the fact his mother doesn’t view her as a ‘Christian’ and isn’t considered a good match for her impulsive son. Anna is also irritated that she doesn’t see the relationship being anything more than just a couple of friends enjoying time together. Here you see through Anna’s eyes how she has walled herself off from entering into boyfriend/girlfriend relationships due to the pain in her past.

Throughout the story, I struggled with how much to add in the Christian values that would come into play between the two characters and the family member’s interaction. Since Steve’s family would be very rooted to their home church and the connections this would provide to other community members, it would have left the story flat without that element. But Anna was not raised with the same closeness to her faith, yet that does not mean she has none.

It was hard to find a fine balance. Real life dictated that it would be important, and since this was a character driven story, it was integral to why and how they would act in certain situations, including their own relationship to one another.  Yet, it was not a focal point, or in other words, it is not a faith-based love story.

Throughout the story, I worked to give the reader a look at the fast paced ups  and downs of life’s problems, yet giving hope the situation could be resolved with the turn of each page.  The reader can easily relate to the down-home characters, with imperfections and flaws. Yet despite those flaws, they find what true love is about, loving the other person totally for who they are.

a Rafflecopter giveaway
at 21:00