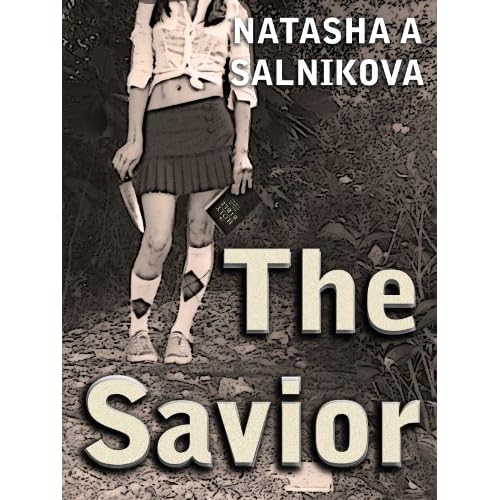 I opened to page 99 of “The Savior” at my computer and had no idea what to write. So many things have happened by this point. Should I talk about it, keep it a secret? How much should I give up? Especially since this page reveals a murder and becomes a breaking point in the plot?

My antagonist, Dennis, is a detective in a special unit located in Cincinnati, Ohio. Why Ohio? I’ve been there. The winter days are mostly gloomy and gray, and from the first day, I wanted to set up a novel there. It fits perfectly with my dark style.

Dennis thinks he is the best human being who has ever appeared on the face of this earth. He wants people to recognize that and even becomes a politician for a short time. It doesn’t go very well, making him frustrated. When Dennis’s borderline IQ brother gets into a car accident and starts to hear the voice of God, Dennis has an idea. He has an idea to become God of his own universe. He creates a sect of young girls from disturbed families. They are the easiest to manipulate and Dennis doesn’t want any complications. With the help of his brother and a new drug, Zeffeen, Dennis controls the girls and teaches them to kill. Yes, he wants them to kill for him.

The events on page 99 are happening in a church. Dennis is sent to investigate a murder that occurred there. I’m not going to tell who was killed or who committed the murder, but this is the time when Dennis feels he could become famous. It doesn’t matter that no one would personally know his name. But most importantly, people would be afraid of him or something he was doing.

In this particular scene, Dennis can’t hold his laughter, because he is investigating a crime of his own making. Also, he finds it amusing that people suspect satanic groups are responsible, seeing the sign that has been created on the wall of the church. At this time he believes his star has begun to rise.

“The Savior” is a novel that shows the evil in people. Their inner demons. This can be found, not only in supernatural novels. It shows the confused world of teenagers. They have so many questions and sometimes they think that only people outside of their family can answer them. They don’t realize that some people only want to use them. Sometimes there’s no way back.

Enjoy the book and keep your kids close to you.

a Rafflecopter giveaway
at 18:00